Day 1:
We arrived at Shannon Airport at 10am for 11.15 flight to Gatwick FR 1182. We landed on time with extreme fog and gloomy day. We caught the 13.39 Southern Railway train to Portsmouth from platform 5 in carriage 4 arriving at 3pm. We headed to the Ibis hotel to check in and a quick snack in KFC before we went sightseeing. We got the #1 bus into town from outside our hotel costing £2.50 around 4pm, it was a dark evening so we had very little daylight time left. We visited Gunwharf Quays, viewed all the premium outlets & walked along by the water until the southsea promenade. At this point we turned around and headed back to the "Slug & Lettuce" pub/restaurant via the St Thomas of Canterbury Portsmouth Cathedral. We enjoyed a few drinks and a nice meal before getting a train back to the hotel around 10pm.

Day 2:
We left hotel for Gunwharf Quays around 10.30am, where first we visited the "Spinnaker Tower" spending about 1hr there. At first visibility was poor but improved as blue skies started to re-appear after 2 days of continuous rain.
The views were amazing with plenty of photos & videos taken. At 12.45 we took the boat tour of Portsmouth harbour which lasted around 45mins, great views & useful information.
We then ate in "Belle Italia" for lunch at a reasonable price before we went down towards the southsea parade pier which took in sights such as the seashore, war memorial monument, southsea castle & the Queens Hotel. We walked a long journey back to Gunwharf Quays for some shopping and had a meal again in the "Slug & Lettuce", a few beers were also had!.
I'd recommend the pub/restaurant for good food, friendly staff & reasonable prices. Back to our hotel for bed then.

Day 3:
We left the hotel for Fratton Station around 9am to catch 9.20 train to Gatwick but it terminated at Horsham around 10.30am due to a fatality at East Croydon station. We continued the journey by a shared taxi costing £30. We got to the airport, through security and boarded the plane with an on-time departure to Shannon FR1183.
We arrived back in Shannon around 3pm after experiencing another great adventure. Till the next time ... Travel n Explore....

Posted by Brian Corbett at 14:29 No comments: 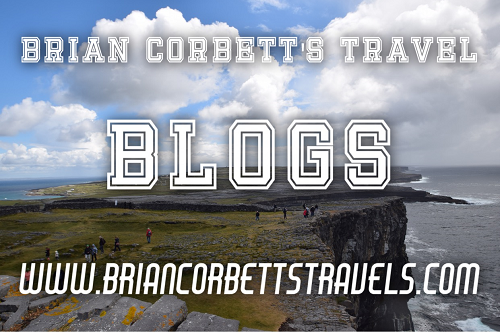